A Timeline of Shatta Wale and Sarkodie’s Stormy Relationship 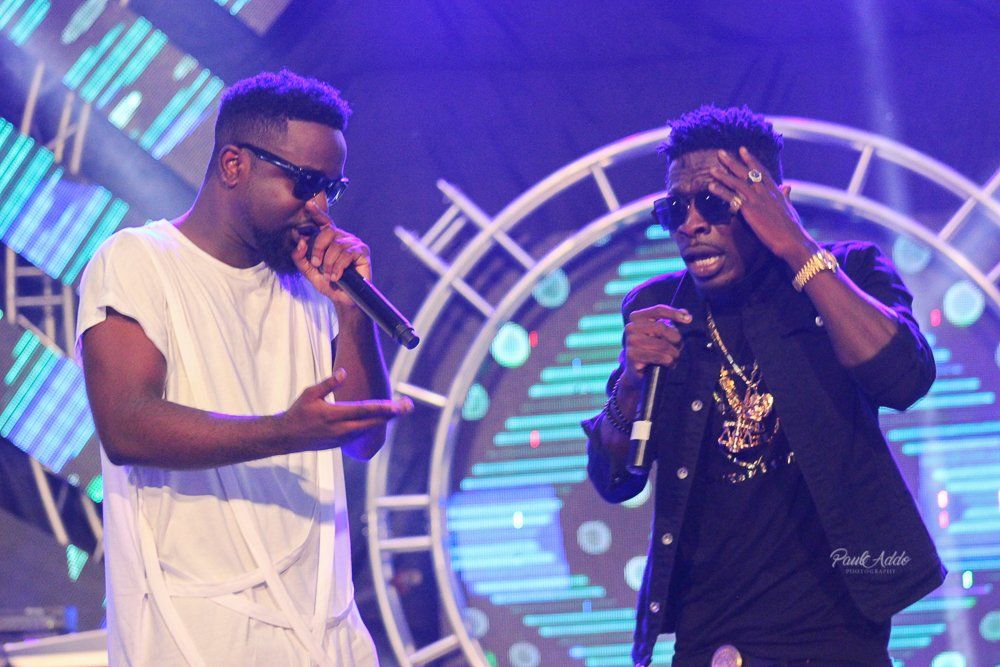 Over the last 24 hours, Africa’s social media space has been dominated by reactions to Sarkodie‘s “My Advice“, a song on which he dissed Ghanaian dancehall star Shatta Wale.

While the diss record might come as a surprise to most, followers of the Ghanaian music industry will hardly be surprised by recent developments between the acts who have called themselves “brothers” in the past.

For afro-pop fans outside Ghana, the biggest question on the scene has been…

What sparked the beef between two of Ghana’s biggest acts?

The iDEY! Music team has combed the internet to put together the public history between Sarkodie and Shatta Wale. Below is a timeline of significant moments in the stormy relationship between both acts.

From our investigations, we’re unable to confirm if this was released as an official single. However, we are able to deduce from online comments and the fact that it was considered for a 2016 Ghana Music award that it was a local hit.

It is interesting to note that this song never received an official music video. Shatta Wale later stated that he was unable to pay for a music video at the time, but expected some financial support from Sarkodie (this will be expanded upon later in this article).

In November 2014, Sarkodie released “M3gye Wo Girl” – a Killbeatz-produced song on which he featured Shatta Wale. The song went on to become one of Ghana’s dancefloor anthems of 2015.

Again like “Dancehall Commando” before it, the song never received an official music video. No official reason was given for this.

On the 25th of December 2017, Sarkodie held the 5th edition of his annual Rapperholic concert. Shatta Wale not only performed at the event, but also served as its Master of Ceremonies.

In the build-up to the event, Sarkodie revealed in a radio interview with Sammy Forson that he paid Shatta Wale a discounted fee of GHS 200,000 based on their friendship. 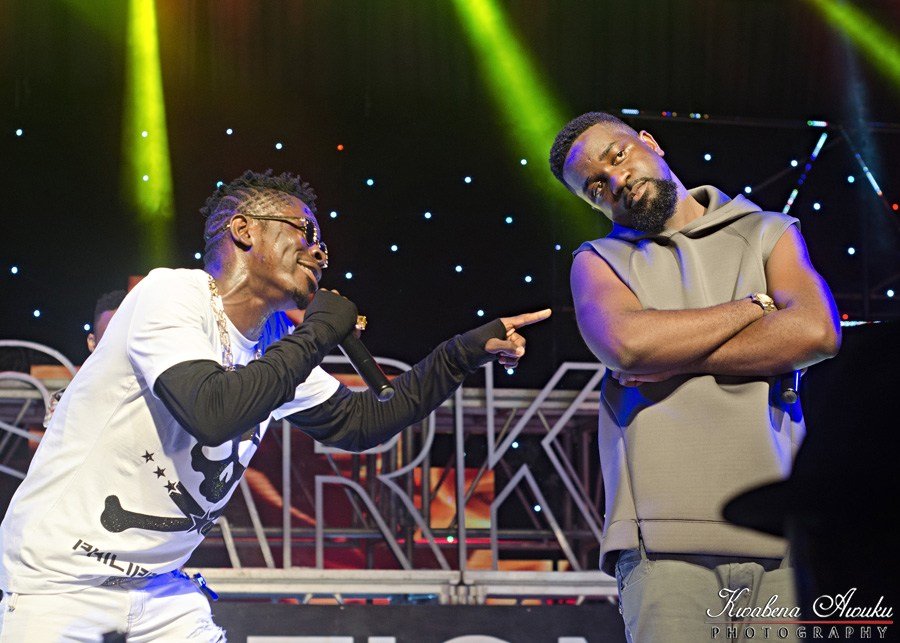 It is worth noting that Shatta Wale also performed at the 2015 and 2016 editions of Sarkodie‘s Rapperholic concert.

VIDEO — I will now charge @sarkodie for features – @shattawalegh. #DaybreakHitz

PS: How many RTs to get @sarkodie to hasten the completion of the “Me Gye Wo Girl” video? pic.twitter.com/3VCjGVvTTe

While promoting “Reign” his upcoming studio album, Shatta Wale granted an interview to Hitz 103.9 FM (one of Ghana’s most popular terrestrial radio stations).

During the interview, Shatta Wale said he felt disrespected by Sarkodie, because of his reluctance to shoot a music video for “M3gye Wo Girl“. Shatta Wale also claimed that Sarkodie accorded Nigerian artistes more respect than he accorded him (a fellow Ghanaian artiste).

The interview generated a lot of buzz online with many fans venting their disapproval of Shatta Wale‘s comments on twitter.

Apparently tired of being targeted by Sarkodie‘s fans, Shatta Wale published a tweet directed to Sarkodie and his fans.

Hey @sarkodie fans behave kwraa cuz your boss when I meet him and I tell him these things everytime …so shut up and shut up ..You ppl deh kill his career .. Just shut up !!!!!! Sark wan ur fans ooo yoooo !!!!

Shatta Wale went a step further to allege that Sarkodie‘s fans were “killing his career“.

Up until this time, both men were believed to have enjoyed a cordial relationship. Sarkodie would respond a few days later apologizing to anyone he might have offended, citing the overwhelming effect of his responsibilities.

Sometimes I feel there’s a lot of responsibilities on me and it gets overwhelming so 2 deflect em, I shut down sometimes… Sorry if I trigger some emotions in people around me I will try to to better … just know I got ❤️ for all ??

A few weeks later, Shatta Wale granted another interview to Luv 99.5 FM, during which he claimed Sarkodie and another rapper Kwaw Kese were “very very poor“.

Although he never mentioned Shatta Wale by name, Sarkordie dropped a number of hard-hitting punchlines which were obviously directed at him.

Sarkodie‘s freestyle has been praised by fans, artistes and critics alike for its maturity and delivery.

Meanwhile the only response from Shatta Wale so far has been a snapchat video showing of his brand new Lexus SUV – in response to Sarkodie‘s lyrics that he couldn’t afford to buy a brand new Range Rover Vogue.

When it comes to personalities like Shatta Wale and Sarkodie, we really never know what to expect. But whatever happens, The iDEY! Music team hopes the feud between both acts remains lyrical and never gets physical.