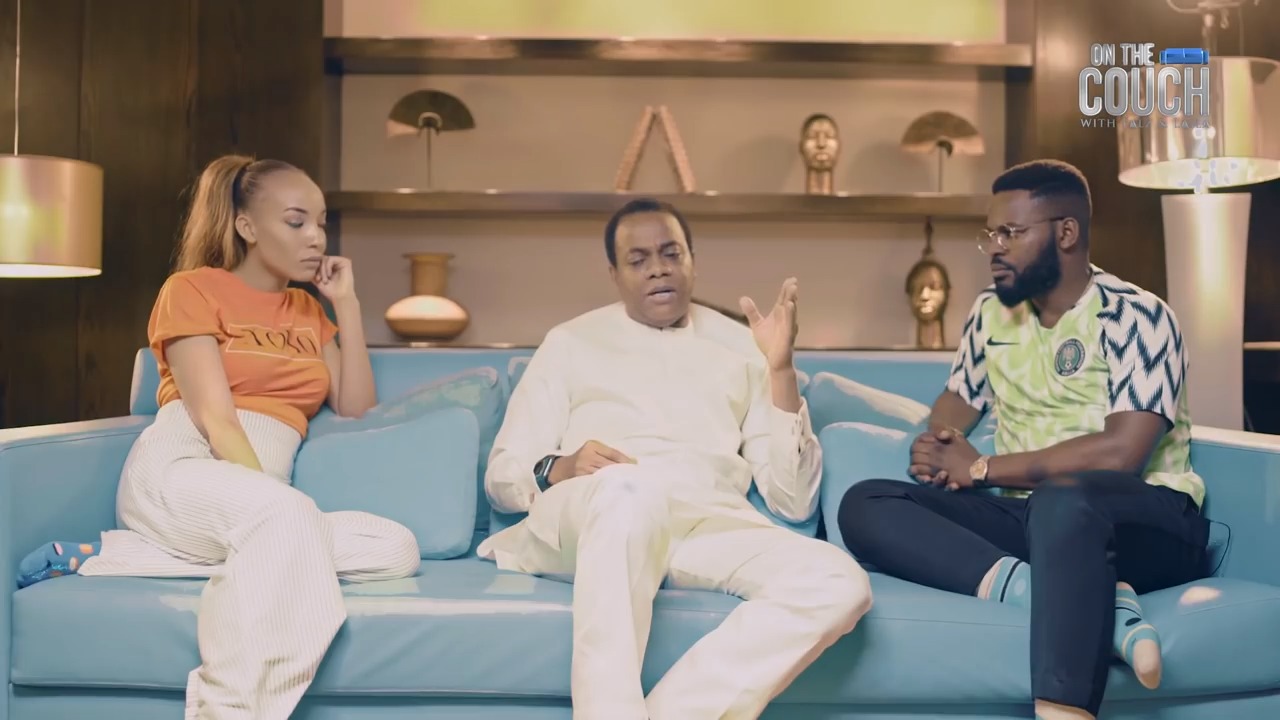 For the third episode of On The Couch, Laila & Falz host former governor of Cross River State and 2019 presidential aspirant Donald Duke.

On The Couch is a political web-series produced by BahdGuys Entertainment, which features Falz and Laila Johnson-Salami hosting unscripted interviews with aspirants of the office of President of the Federal Republic of Nigeria.

At some point during the interview, Donald Duke showed off his rapping skills!